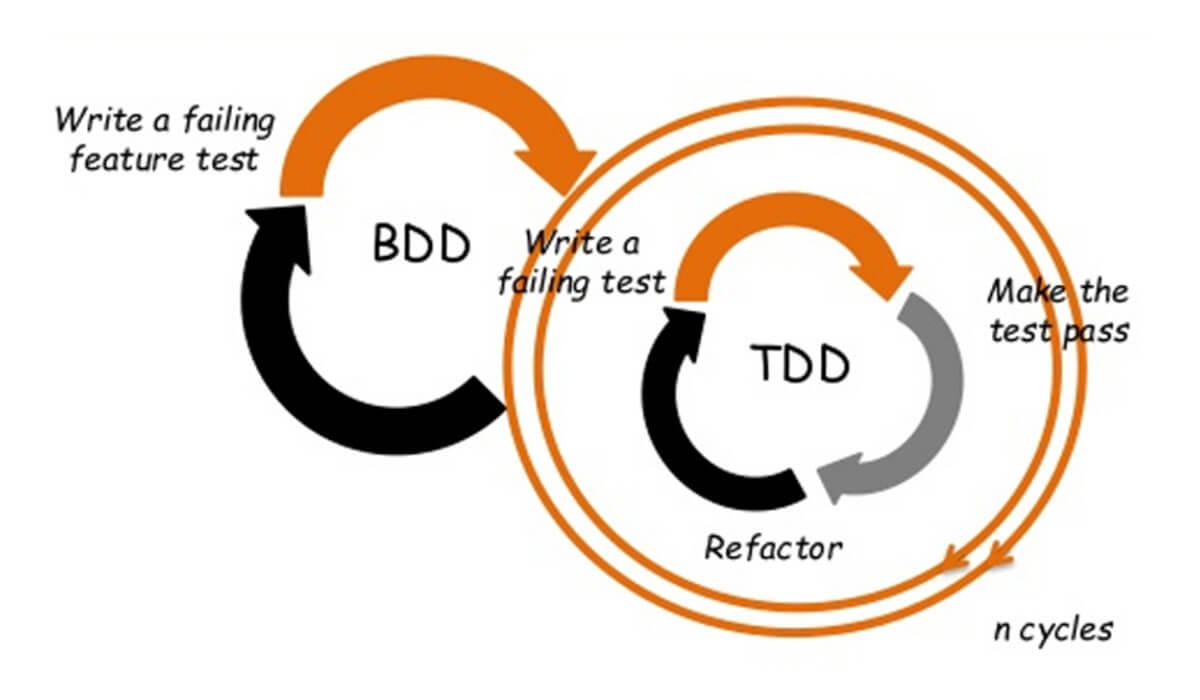 As the name “Test First” suggests, you write a test first before the actual code and keep them running all the time. Well, maybe not the second part explicitly. Yet what if I said to you that it actually means more than that?

Firstly it did originate from this simply meaning. When we hear the word “test”, a majority of us think in the traditional sense of checking (e.g validate the code). This can be the first confusion in its understanding and actual meaning today, for either technical or non-technical folk. If you’re not already aware, the way you think of testing within an agile approach is fundamentally different to the traditional one. But let us leave that for another day.

The name “Test First” has moved on from its original concept and has a broader meaning now. Over time it has evolved to incorporate the following

It has moved to enable quality focus on both the product and design by enabling faster feedback loops on several different levels, than simply writing tests first before code.

This is likely the reason in 2011, Gojko Adzi introduce a different name to group all these practices – “Specification by Example“, with a redefined purpose statement “build the product right and building the right product”. And the primary output is being “living documentation” and collaboration and with automated tests being specified as the secondary output.

With people’s first exposure to Test First and the TDD and BDD practices, there is a tendency to think in terms of traditionally testing. This can cause people to go down the wrong rabbit hole and begin automating their tests with an automation tool (e.g. Record and Play).

As with anything context is key, so I have found it useful to briefly explain the journey on how Test First and its associated practices have iteratively evolved to help people understand the meaning of Test First and understand each of the practices purpose, focus, differences, and benefits.

The term Test-First Programming (TP) was introduced by Kent Beck in 1999 with his book “Extreme Programming (XP): Explained” and states to write unit tests before programming and keep all of the created tests running at all times. A year later, in 2000, Kent Beck published another book called “Test Driven Development by Example” and explains Test Driven Development (TDD) is a software process and not about writing tests before the code with one more important aspect – refactoring. The following is the sequence given in his book: –

This cycle tends to be referred to as Red-Green-Refactor cycle. But Kent, and others, found that writing the test first had a tremendously positive effect on the software architecture and design of software too:

This influence on software design and architecture became so important, besides the other positive effects, that Beck found it worthwhile to rename it from Test-First Programming to Test-Driven Development.

This is sometimes referred to as Test First with baby steps. Check out our Introduction to Test Driven Development video for more info and in action.

Robert C. Martin went even further and focused on a 3rd Law. He discovered an approach called Transformation Priority Premise in that a simple transformation should be preferred. The approach facilitates the programmer doing the simplest possible thing for the purposes of Test-Driven Development by favouring the simpler transformation (from the top of the list) over those further down in the list.

As the test get more specific, the code gets more generic

Behaviour Driven Development was developed by Dan North in response to helping his colleagues to learn TDD. He found: –

In 2003, Dan North created the JBehave framework to replace Junit to remove any reference to testing and replace a testing vocabulary around a behave one.

In 2004, the next discovery for Dan was the concept of business value and why we write software. He found that you could use his framework to help the team focus on feature behaviour and that missing requirements are behaviour too. Around this time Eric Evans also published his bestselling book Domain-Driven Design where he describes the concept of modelling a system using a ubiquitous language based on business domain, so that the business vocabulary permeates right into the codebase. Dan and his colleagues used a similar concept to come up with defining a ubiquitous language for the analytics process itself, hence where the Given, When, Then for acceptance criteria came.

Since then many people have developed other BDD frameworks and then finally began framing BDD as a communication and collaboration framework for developers, QA and business in a software project. During the “Agile specification, BDD, and Testing eXchange” in November 2009 in London, Dan North gave the following description of BDD:

BDD is a second-generation, outside-in, pull-based, multiple-stakeholder, high automation, agile methodology. It describes a cycle of interactions with well-defined outputs, resulting in the delivery of working, tested software that matters.

During an interview with Dan North at GOTO Conference in 2013, Liz Keogh defines BDD as:

It’s using examples to talk through how an application behaves. And having conversations about those examples

Since Dan North’s first java based BDD framework of JBehave, the leading BDD framework is Cucumber and reads executable specifications written in plain text that follows some base rules called Gherkin. It is used by the majority of languages & you can test about anything with it and build out test frameworks for your systems and products. It also works well with other tools to enable testing of APIs, Browsers, and other system endpoints.

What about Acceptance Test Driven Development?

Acceptance Test Driven Development or ATDD is where the entire team collaborates to define the acceptance criteria before implementation. It drives acceptance testing rather than unit testing by facilitating a detailed readable description of the system’s function through proper examples and other necessary information. And with a focus on n an outside-in development approach. Sounds familiar?

Personally, we used ATDD for 2 years before becoming aware of the term BDD. When we first heard the term, it was confusing & why is it different to what we were doing. Perhaps because we already practising Domain Driven Development, collaborating and using a test framework with a Given-When-Then option. And the “Acceptance Tests” occurred at the end to end tests but also at the component, integration and unit tests too.

Reading John Ferguson Smart’s book “BDD in Action“, would have cleared that confusion far quicker for us if it had been around at the time. It would have helped us considerable especially the sections “Coding the BDD way” & “Taking BDD further”. Highly recommend reading.

In essence, the approach has evolved to be all about the conversation first between the business and development team to build the right product and developed using an outside-in workflow to build the product right that’s highly automated.

Understand each of the practices focus, outputs and benefits and use them when suits your needs. For example, because is an indicator to be an outside-in workflow, doesn’t mean you can’t go from inside-out. And don’t bias yourself to tools, I’m using BDD tool so doing BDD.

Personally, I keep it simple and use the BDD term when the approach is about the collaboration with all stakeholders (customer, developer, tester, etc) to build the right product and produce living documentation that’s readable by everyone to describe what the system can do. TDD is about designing and building the product right.

If you’d like to know more or how we can help you or your teams incorporate these practices then check out our Technical Agility services or get in touch at info@bagile.co.uk

Get a step ahead with our private in-house training

Do you want the benefits, privacy and flexibility that comes from private training? Great, contact our team to discuss your requirements and get the right course your organisation.

Simply fill in the form below and be the first to find out our latest news, offers and advice.